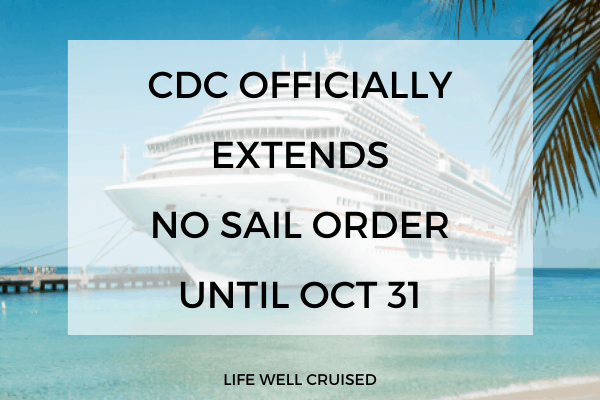 CDC Extends No Sail Order Another 30 Days until October 31

At the last hour, almost literally, the CDC has officially extended it’s no sail order until October 31, 2020. The original no sail order began in March 2020, at the beginning of the health situation.

According to reports from Axios, there was some disagreement between CDC and the White House Task Force on how long the cruise industry should remain shut down in the United States. According to the article by Axios, CDC Director Robert Redfield was overruled, when he pushed to extend the no sail order until early 2021.

Instead, a plan was put in place to extend the no sail order until October 31. According to the article, this will give the cruise lines time to demonstrate it’s plan for cruising safely and responsibly.

Reports indicate that a meeting or meetings will be held with the White House Task Force to further work on this plan.

Cruises were already cancelled until November 1 or later. What does this mean?

If you’ve been confused, because you already knew cruises were canceled until November 1, you’re not alone. I’ve seen comments and have received several messages asking about this.

Cruises were already canceled until at least November 1 as cruise lines, through CLIA, have agreed to a voluntary pause in cruising until then. Other cruise lines have paused cruises until mid-December and some until early 2021.

Cruise lines have put in place new health and safety protocols, after consulting with experts including the Healthy Sail Panel. They hope to be sailing soon.

You can read more about the new protocols, and what this means for your future cruise:

This is the new information we have. As this is an updated article, I’ve included a history of past information below.

Please let me know what you think of the events in the comments at the end of this post.

The fact that cruises will be suspended until at least October 1, isn’t really a surprise. After all, CLIA, the trade association representing most major cruise lines, extended a voluntary pause of cruising from North America until September 15.

In addition, Carnival cruises went a step further and cancelled their cruises until the end of September, effectively matching the CDC order.

However, the CDC did offer some details to the public that weren’t available before. In a 20 page PDF document, the CDC outlines their position and also gives some details of some of what has been happening during this time of pause. 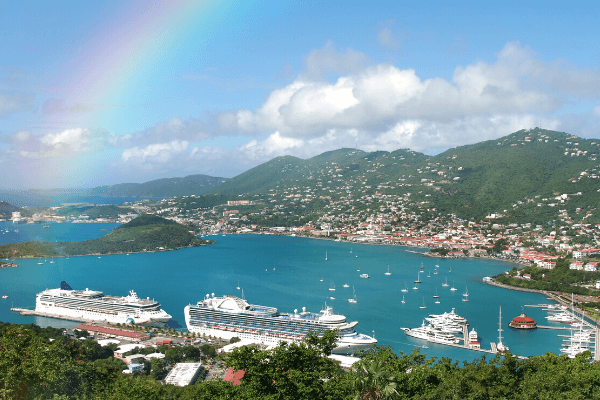 What does the CDC No Sail Order mean?

This order applies to all cruise ships which carry more than 250 passengers and crew, which are sailing in waters subject to U.S. jurisdiction.

The CDC announcement pointed out that they support the voluntary extension of the suspension of cruise operations, however they point out that the extension was made to ensure all ships comply and do not resume operations prematurely.

This Order will remain in effect until the earliest of:

According to data shared by the CDC, they have remarked, “Cumulative CDC data from March 1 through July 10, 2020, shows 2,973 COVID-19 or COVID-like illness cases on cruise ships, in addition to 34 deaths. These cases were part of 99 outbreaks on 123 different cruise ships. During this time frame, 80 percent of ships were affected by COVID-19. As of July 3, nine of the 49 ships under the No Sail Order have ongoing or resolving outbreaks. According to U.S. Coast Guard data, as of July 10, 2020, there are 67 ships with 14,702 crew onboard.”

The CDC goes on to explain their concerns for the cruise ship environment and the health of both passengers and crew, in that cruise ships have generally a more densely populated environment than most urban settings. They fear that if cruise ships would resume “unrestricted”, those onboard and the communities in which they return to would be at an unnecessary risk.

The full document and the statement from the CDC is available here.

I’ve already read some of the larger document, however since it’s 20 pages, I do want to make sure I highlight and share the important details with you.

I’ve gone through the CDC report and have highlighted 6 main points. We discuss this report in the video below.

Please subscribe to my YouTube channel, Life Well Cruised, where we go through the details of this report, as well as what it will take for cruises to start again in 2020.

Here’s a recent related video, where we discuss cruise ship safety and health, and what we can expect.

Final thoughts: Cruises Suspended Until October 1 as CDC Extend a No Sail Order

As the original deadline for the CDC no sail order was due to expire on July 24, the CDC has now extended the no sail order until September 30. In essence, if things improve and cruise lines have plans approved to sail, cruises can in theory resume on October 1.

Of course, much of this will also be dependent on the health situation of the communities from which people live, as well as embarkation ports and ports of call.

What do you think of the CDC no sail order and are you surprised in any way? Please let me know in the comments below.

What You Need to Know About the Cruise Shutdown

9 New Cruise Health Guidelines; What Does this Mean for Cruisers?