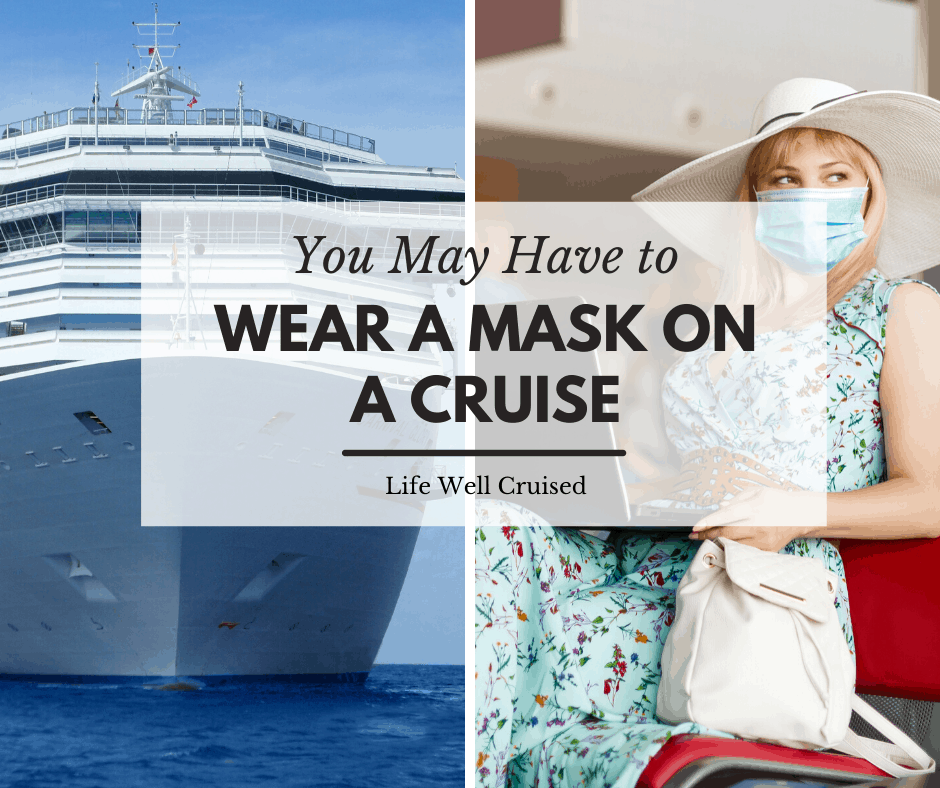 As cruise lines get ready to resume when it’s safe, many cruisers are asking, “Will I have to wear a mask on my cruise?“

The truth is, we don’t know yet.

But it seems likely, at least at the beginning.

Cruise lines have recently extended the suspension of cruises until at least September 15, and some until October.

While cruise lines, such as Princess Cruises and  Norwegian Cruise Line have shared their NEW health and safety protocols, passenger mask wearing is not mentioned. However, they have said that these health and safety measures are just the beginning, and may evolve.

In contrast, Virgin Voyages announced their plans to cruise safely, and suggested that sailors (Virgin Voyages cruise passengers) will likely have to wear masks while cruising (I’ll include details below).

This might be too early to know for sure, but there are many signs indicating that wearing a mask on a cruise will be necessary, at least “sometimes”.

Are Cruisers Willing to Wear Masks on a Cruise? 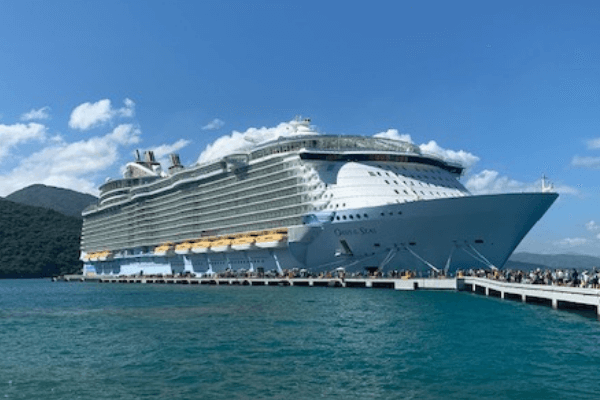 Let’s first look at how cruisers feel about this topic

There’s no question, the subject of wearing masks on a cruise is controversial, even among loyal cruisers!

I asked the question “Would you cruise if you have to wear a mask? Why or why not.“ in my Life Well Cruised Facebook community, and these were the results.

For reference, similar responses can also be seen in other cruise Facebook groups and on cruise critic forums.

There were 3 types of responses 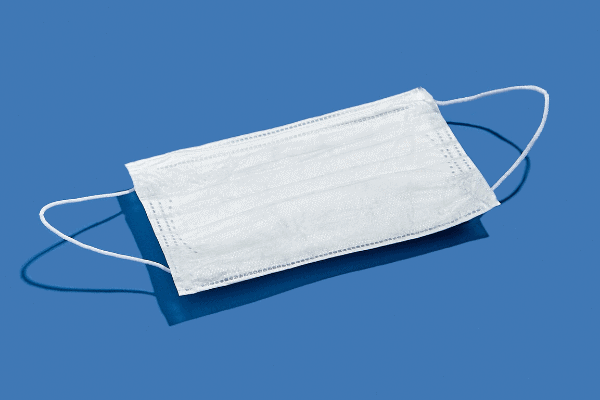 For those that say they don’t want to cruise with a mask, the sentiment is strong. In most cases, it isn’t that people are against wearing masks if they need to at home, but that they don’t see this as enjoyable on a cruise vacation.

If a mask is made mandatory on a cruise, many say they’ll simply wait to cruise.

“I wear one in public at the moment and I would wear one on a flight but it would make the cruise less enjoyable.”

“We don’t want to wear a mask and be paranoid about everything.”

“No it would ruin the cruise for me. If we were forced by regulation to wear a mask, that denotes to me that it’s clearly not safe to go on a cruise.”

“It’s a vacation and it shouldn’t feel harmful. I have allergies and asthma and I get uncomfortable just making my grocery trip while wearing a mask.”

“I hate to say it, but I think it would ruin the carefree feeling for me.”

In their responses, many of these cruisers said that they were supportive of other changes and safety measures, such as no self serve buffet and reduced passenger capacity, but wearing a mask was a dealbreaker.

Still other’s have said that they can see wearing a mask for part of the time on a cruise, and it still be enjoyable.

“It depends… maybe at muster drills and other large gatherings, but definitely not all day.”

“I could see wearing a mask to embark and disembark, and enjoy the evening shows and for runs to the bar.”

All agreed that wearing a mask on a pool deck and sun lounger would not be enjoyable, but did feel that a compromise could be made for wearing masks when social distancing wasn’t possible.

Finally, there are cruisers who are anxious to cruise and are comfortable with wearing masks, if required, on a cruise.

Here’s what these cruisers had to say:

“Yes! I wear a mask not only to protect myself but to protect others from anything I may spread. I am not willing to give up sailing and will help in any way I can.”

“I think it would be very wise for any crowded areas like theaters and atriums.”

“Yes! I’ve got one for every outfit!”

This is a smaller grouping, but as more people wear masks in society, at least in certain circumstances, this sentiment can grow.

True story – There are cute cruise themed masks sold online and on Amazon that are gaining popularity!!

Despite the fact that that wearing a mask on a cruise isn’t anyone’s first choice, it may be a reality for cruisers who want to sail on those early cruises.

Cruise lines need to, first and foremost, keep passengers and crew safe when cruising restarts. If masks are part of this, we can expect it, at least in some way.

1. If there is no vaccine

The idea of wearing a mask in public is a preventative measure, along with social distancing, in reducing the spread of this illness. Until a vaccine becomes widely available, this will likely remain a fact.
While it would be great if this went away on a cruise ship, even with the amazing technologies and stringent health, safety and hygiene measures being put in place by cruise lines, it would be hard to imagine a zero risk environment.

The CDC has stated they endorse the use of non-surgical masks and cloth face coverings. According to the CDC, the wearing of face coverings, has been shown to be an effective method of reducing transmission.

Cruise lines need the CDC to lift a current no sail order and also need to submit a comprehensive plan to the CDC, and have it approved before they can resume operations.

Even though this is voluntary, it’s hard to imagine that if the CDC’s current recommendation, that cruise ships would be exempt.

The major cruise lines have said that they will be learning from and looking at others in the travel industry. They will be looking at what works what doesn’t and what is necessary.
Recently, A Rosa River Cruises cruised successfully with many health guidelines in place, which included passengers wearing masks in certain circumstances.
Other cruise lines, such as Avalon Waterways, have released their health and safety measures for cruising during these times as they will restart shortly. They state that along with many measures to keep guests safe and comfortable, they will be “providing masks for guests to wear during any event where social proximity could become an issue, including disembarkation for excursions and safety drills.”

As major theme parks such as Universal Studios and Disney have begun to reopen, they require all visitors to wear a mask.
In recent news, the state of Nevada now requires wearing a mask in all public places. There are exceptions and those that are exempt, for medical reasons as an example, however this includes inside casinos.

Up until now, most major cruise lines have not have not released official policies indicating passengers will be required to wear face masks. However in interviews and statements, cruise line executives have hinted that wearing a mask is a possibility.
In an interview with website Cruise Critic, Norwegian Cruise Line’s President and CEO Frank Del Rio talked about the future of cruising, and speculated that cruise ship life will look very similar to what’s happening on land. He stated “My guess is early on there will be masks,” he said. “Early on, there will be an emphasis on washing your hands, on social distancing.”
In  Norwegian Cruise Line’s 6 Health and Safety Measures, a comprehensive plan for how cruises will resume, masks were mentioned for crew only (not guests). However, it was noted that measures can change and will evolve.
Recently, Virgin Voyages shared their  Voyage Well Health Plan., which includes a sensible approach to the subject of the wearing of face masks. The plan states “For masks, we follow the same guidance as is recommended on land — so if people are advised to wear masks there, we will do so at sea, as well.”

Read next: 6 Ways Cruises Will Be Changing Once Cruising Resumes

In this video, we discuss the topic of why masks may be required on cruises. If you haven’t checked out our YouTube channel yet, please do. If you enjoy it, I’d love it if you subscribed!!

Final thoughts: Why You May Need to Wear a Mask When Cruises Resume

Whether we like it or not, wearing a face mask has been shown to be effective in helping stop the spread of this virus. For cruises to resume, it may be necessary to wear masks, at least at the beginning.
However, if it is required, it doesn’t mean that it will be as restrictive as it might sound. Face masks may only be required when social distancing is more difficult, which could include embarkation, disembarkation, and during a muster drill.
Just like on land, a face mask likely wouldn’t be required in restaurants when eating and even in bars. As well, with cruise lines stating that they will sail at a reduced capacity early on, social distancing will probably be the preventative measure of choice most of the time.
Do you think masks may be required when cruises start up again? If cruise lines make masks mandatory, will you choose to cruise or delay your sailing?  Please let me know in the comments below
Happy cruising!

Instagram | 2680
Facebook | 4282
267shares
We use cookies to ensure that we give you the best experience on our website. If you continue to use this site we will assume that you are happy with it.Ok